Dal Bafla is the pride of the Malwa region of Madhya Pradesh. Malwa’s Dal Bafla fans are present not only in India but abroad. But often, people mistake it for the famous dish of Rajasthan, Dal Bati. I am sure you must be struggling with the same, right? To clear this confusion, today we will discuss and make you understand the difference between Dal Bafla and Dal Baati.

Dal Bati Churma is a Rajasthani dish discovered in the Mewar kingdom in the 8th century. In comparison, Dal Bafla is the MP version of this Rajasthani dish. It was first cooked during Queen Jodha Bai’s Mughal period.

Do You Know the Difference between Dal Bafla & Dal Baati?

What sets both of them apart from one another is their preparation. The baati is directly baked in kanda (the traditional baati oven) or tandoor while the bafla is first boiled and then baked. Even the Dal preparation is different for both Bafla and Baati. Panchmel dal is served with Baati, while Toor dal is prepared for Bafla. After baking, the baflas are fried in ghee. If it is not fried, so much ghee is put in it that it starts dripping when pressed. Whereas after baking the baati, light ghee is poured on it.

Dal Bafla, which has become the identity of Malwa, is also the favorite meal for any event here. May it be a casual lunch or a huge Indian wedding. Even if the people of the Indore or Malwa-Nimar area go for a trip to a nearby location, they never miss a chance to have a Dal Bafla meal.

Read Also: 8 Famous Ratlami Food Items You Are Missing Out On!

It is traditionally eminent that Baati came into existence during the reign of the Mewar ruler, Bappa Rawal. His soldiers were preparing for a war in their military cantonment; fulfilling the stomach of thousands of soldiers used to be a time-consuming task. Once they prepared the wheat dough for chapatis, but due to an urgent war call, they couldn’t finish making them. They left for the battleground, leaving the wheat dough rolls on the burning sand. When they returned to their base camp in the evening, they found those dough balls had turned into baked rolls. One of the soldiers, when he tasted it, realized that it was thoroughly baked and delicious. He then shared this information with other soldiers, and they all had those baked rolls shared among themselves (mil baant kar khana – in Hindi). And thus, those baked rolls earned their existent name – Baati.

Making baati this way became their daily routine after this incident. But it solved only half of their problem. Though they had a dish to prepare, it was still time-consuming. After a few days, they even found a solution for this. Cow dung-made kandas came to their rescue to easily and quickly cook the baati, just as we bake them now. This way, Baati became the most loved dish among the war soldiers, as it provided the appropriate nutrition and saved their time. These were enjoyed with a dollop of ghee, and on good days, curd and buttermilk would also be served on the side.

Dal, the dish’s second component, was created when Gupta traders established themselves in Mewar. The panchmel dal was introduced into the scenario by Guptas. Thus, when dal and choorma were added, this delicacy rose to prominence.

Later during the Mughal era, Baati got modified into yet another version almost similar to the old one, with just a little twist. Jodha Bai’s generation experimented with Baati to make it softer and yummier. They boiled those baatis before baking them, and it later began being served along with just the toor dal and not the panchmel dal. It happened mainly around the Malwa-Nimar and Bundelkhand regions. Hence we found the craze for Dal Bafla the most among the people of Madhya Pradesh. 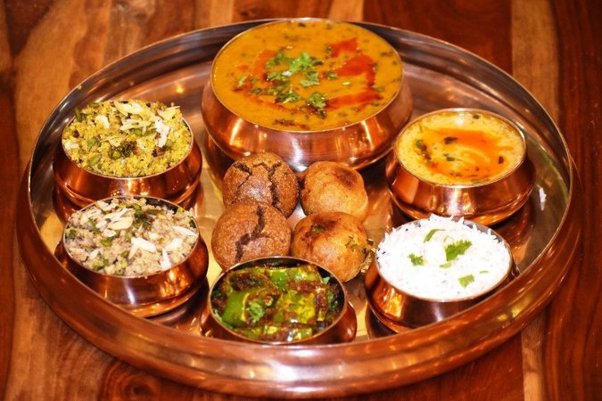 1. Dal – It is basically a mixture of 5 types of dal, including toor, chana, moong, masoor and urad dal. It is the lightest of the 3 components. It is made by boiling the pulses in water and tempering them with green chilli, garlic, cumin, red chilli, turmeric, coriander, ginger, and asafoetida. All this preparation gives the dal its lovely flavour. It is generally called the Panchmel dal which originated during the Gupta age of Ancient India.

2. Baati – Baati is a firm wheat roll often kneaded with salt and yoghurt. It is typically baked in traditional ovens until it turns golden brown and is then poured over with ghee.

3. Churma – A sweet delicacy made of roughly ground semolina, wheat flour, or bajra combined with sugar or dry fruits. It is possibly the most exciting component of this iconic dish. It was added to the three-part dish considerably later and helped to improve it texturally.

Nowadays it is also served with kadhi and rajasthani besan gatte ki sabzi. 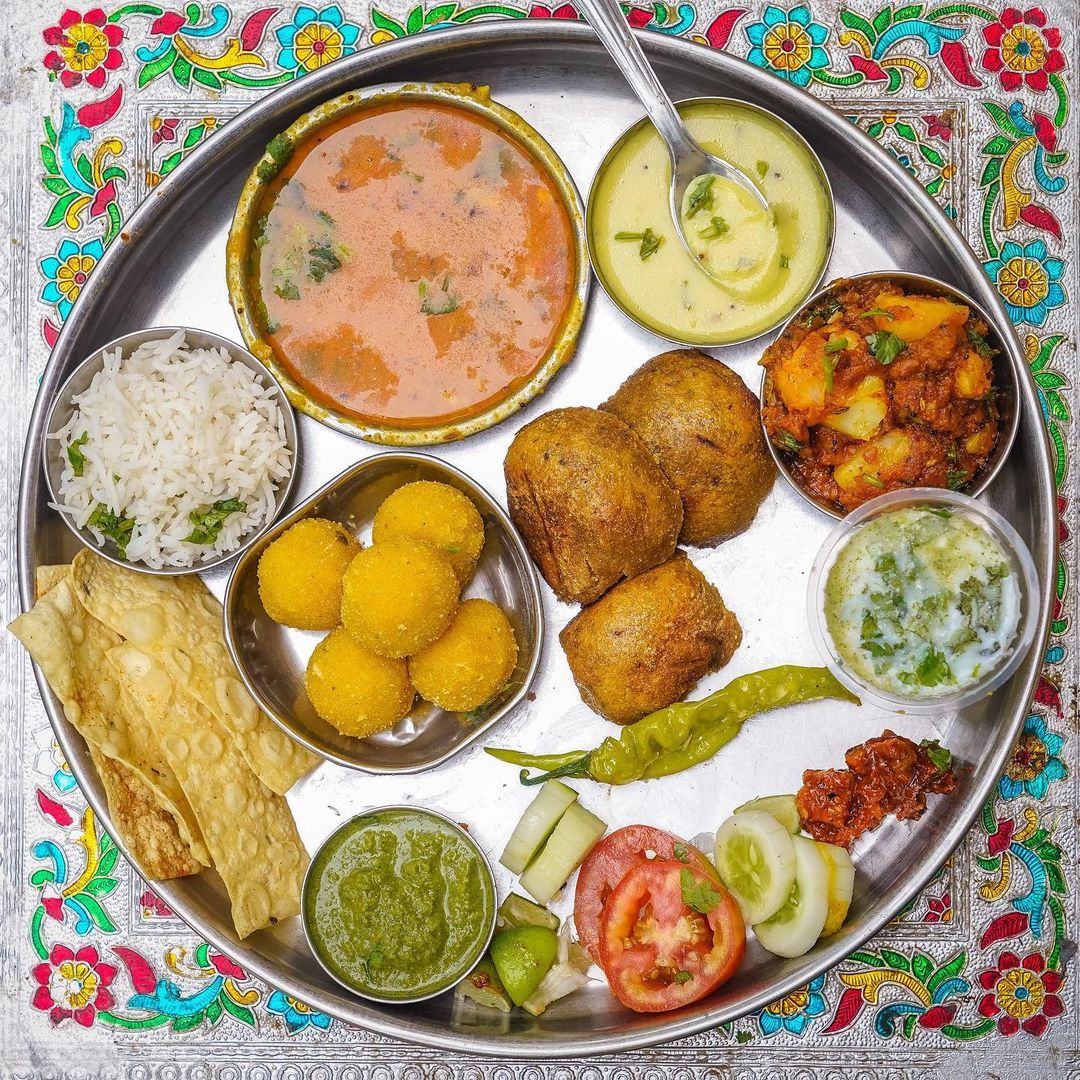 Such a heavy meal, loaded with rich fat and protein content, results in our stomach producing a large amount of acid, making us feel immensely thirsty. Such a heavy meal and water consumption leads you to a relaxing mode. What better way to enjoy this delicious Malwi meal? Thus, we advise you to have a dal bafla meal, especially on weekends.

“Weekend ka Kaam, Dal Bafla aur Aaram” is my motto in life, what about you?

Now that you know the difference between Dal Baati Churma and Dal Bafla, share it with your buddies too! Believe me, it is gonna be worth it. Munch on these delicacies and share your experiences with us!

13 Reasons Why You Should Try Ratlami Sev Once In...

8 Reasons Why Ratlami Sev are...